This page of 'Spanish Views', is dedicated to Gran Alacant, my new home. I will include photographs, local stories and muses, information and  history of this urbanization on the Costa Blanca.  Walking around the squares, having drinks in a bar or a meal in a restaurant, one always here's interesting narratives about this community.  I aim to build a personal account of life here in 'GA', as the local's call it.  Everyone has an opinion; it is important to record the voices of those who enjoy life, situated in such a beautiful part of Spain.  As readers, your input is always valued and appreciated; anything you would like me to encompass, do not hesitate to ask! 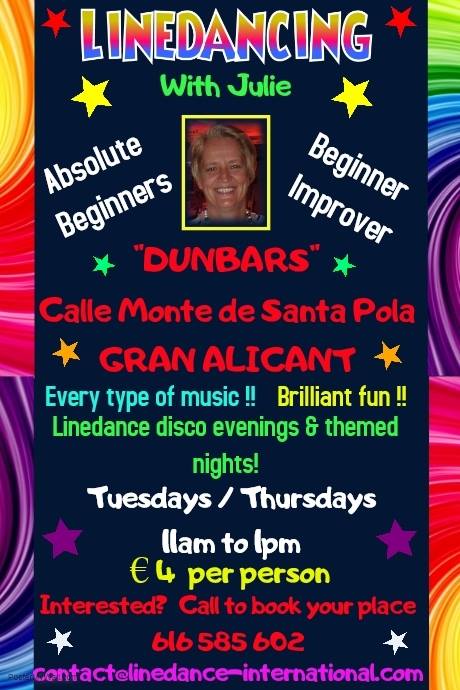 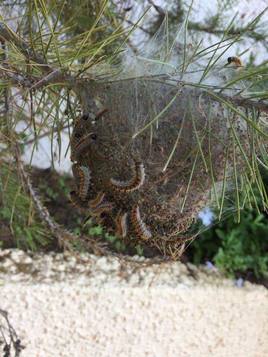 It seems the poisonous Caterpillars are out and about again. I came across a post by Linda Reed on a local facebook page; (Click on the photograph to take you to the post);  I started to see the parades of caterpillars in December, near my home, overlooking the ravine, above 'Heart Attack Hill'.

I have two cats, who luckily stay in doors all the time now. For pet owners, take care when letting your feline friends out or taking your dogs for a walk.  These caterpillars are highly poisonous to animals and humans alike.

I am including some advisory information, from the website 'Ábaco Advisers', which I have copied from their relevant web page;

​
​If you live in Spain or visit during the spring time, you might have heard people talking about the processionary caterpillar. This creature is often mentioned in forums by dog owners who have seen them out on their walks and are warning others of the danger.

It’s a real threat too. We don’t usually associate caterpillars with the potential to kill, but these creatures have caused the death of many dogs and other animals and have made their presence felt amongst their adult owners too.
What are they?The pine processionary moth flies around May to July and only lives for about one day during which time it must mate and lay its eggs in the foliage of a pine tree.  A single female can lay up to 300 tiny eggs and it takes around a month for them to hatch.

Once they have hatched, the minute caterpillars have five growth stages called ‘instars’. During their third moult or instar they build the white cotton-wool like nest and continue to feed on the pine leaves until the fifth instar. This usually happens any time from February to April.

At this point, the caterpillars (procesionaria del pino) make their way to the ground in a long chain searching for the next place in their life cycle. This behaviour gives them the name of the ‘processionary caterpillar’. You can recognise them by their distinctive orange-brown colour and blue bands.

Eventually they will disperse to burrow just below the ground where they will pupate. Before this happens they can be a danger to humans and other mammals. It is the hairs of the caterpillars that can cause problems. If they are touched or poked they cause a nasty rash and give off dust that can cause respiratory problems. They are particularly toxic for children and animals.
If the caterpillar is stressed or threatened it can eject its hairs which act a little like harpoons and can penetrate or irritate any exposed skin. Dogs are particularly susceptible as they will pick up the hairs on their paws and then lick them as they start to itch. This then leads to the hairs being transferred on to the animal’s tongue and can result in itching, swelling, vomiting and even death.

What you should do if you find them If you become aware that you have these caterpillars on an urbanisation then you should inform the community of owners and they should be removed. In some areas the council will remove them but where this isn’t the case you should engage a specialist. You should not attempt to move them yourself as it is a job for an expert.
If you do touch one and become itchy you should consult a doctor. The rashes can be very painful and irritating and can last for a few weeks.

If your pet is infected you can usually tell because there will be small white spots in the mouth and on the tongue and the animal will become distressed and possibly drool. If they remain untreated, animals can die as the tongue will swell and in some cases has to be cut or amputated.  If you know your pet has been affected then you should go to the vets immediately, where they will probably be given a cortisone injection.
​
You should also be careful of any nests the caterpillars have left in the trees. These will also contain some of the hairs that the larvae have left behind. You should not try to cut down the nests or burn them yourself as the hairs can become airborn.
They are considered to be a real pest, a threat to the pine trees themselves and, of course, a danger to animals and humans. If you know of someone new to the area who may not be aware, it is worth warning them of the danger.
More informationSome useful pictures of the different stages of the caterpillar can be found here:
http://web.cortland.edu/fitzgerald/PineProcessionary.html 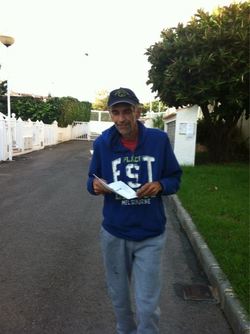 ​I spent the evening in Zest yesterday, where I met a gentleman who had seen my post about a conman working in the Gran Alacant Area.  I have included a photograph, supplied to me, who is the alleged conman.  Please familiarise yourself with the picture.  I am also including comments from our local Gran Alacant blog, which maybe of interest

The latest information I have is the following:

He drives a Daewoo Matiz, Light blue in colour.  I do have the registration but will obviously not include it on a public blog.  It is believed the car he drives is from Southern Germany. He is not a local.

He is believed to be in his mid fifties!
​

​Quote Hi all, several people in the area have been conned out of money by a Dutch chap with a sob story about being burgled. Well this morning a neighbour of mine was approached by a tall chap who came in her open front door, he said he had seen the people who had stolen her husbands pipe a couple of days ago, which was true as his pipe had gone missing earlier that week. Anyway he said he had retrieved the pipe from them, he then said he had been burgled and had slept in his car which was probably his preamble before asking for cash, luckily I got involved and to cut a long story I took several photos of him as he quickly exited on foot. I have confirmed that he has done this before by sending his picture to one of his victims. I enclose the pictures below but would like to find some more victims before taking the evidence to the Police, if anyone knows of or is a victim to this man they can contact me to build a better case. He is about 6'3 tall and very skinny. Be alert.
Having spoken to neighbours it seems this chap has been at it for 3-4 years in the area as they got stung by him then, they are German and say he is also a German. We need more people to come forward and make a stronger case against him, I know it's embarrassing to have be taken in by the guy but he is very clever and makes out that he lives on your community, and let's be frank here a conman is very believable that's why he's a conman.
This is the exact same ******* who tried the "petrol scam" on me recently, see topic http://www.gasbags.us/index.php?topic=786.0
I failed to get a photo on that occasion so well done, we can all now see what he looks like. He is personally responsible for a number of different types of scamming going on around GA and has been getting away with it for far too long. Please be vigilant and let's try to nail this scumbag.
October 22, 2016, 18:36. » Quote This chap seems to be a one man crime wave, I'm prepared to take the evidence to the Police but we need more victims to come forward, so I'm asking everyone to get any victims of this guy to make contact with me so that we can build a reasonable case against him. I've already spoken to someone who had this chap knocking on his door at 3am trying to get money out of him. PM me with any details if you don't want it out on a public forum.
October 22, 2016, 21:52. » Quote I to have details of a holidaymaker who was conned out of 40 euros in Puerto marina last week with the locksmith scam. The description he gave me is very similar to the above.
October 23, 2016, 21:01. » Quote That's the one who called to ours about 5 years ago and again a couple of months ago. Saying he'd been burgled but we sent him packing.
October 24, 2016, 10:08. » Quote He's been a busy chap over the years and made some money from our good nature, I bet he had little success with some other nationalities that I won't directly name so as not to upset some on here.
October 24, 2016, 16:34. » Quote Im english and not upset so name away, as an aside this is the guy who whilst the kids were playing outside (within boundary) he let himself through gate and into garden and was only feet from open front door, the wife luckily clocked him, he was very plausible with an answer for everything so dont think you wont fall for that old tale of woe because hes good. The wife got rattled and shouted me at which point dutch frank was on his toes. Chase was given but he literally vanished. He was also smarter appearance back in july but same guy.
October 25, 2016, 10:18. I will chase him ....................and i WILL catch him :)
I had him in my sights, unfortunately I didn't have an offence to detain him for but he was rattled when I said I was going to the Police with his photo. We need the registration and details of his car put on here, I was told he drives around in a hire car Fiat 500 which is an unusual choice for a chap 6'02.
October 31, 2016, 10:47. » Quote Update. I have Sent the picture to a chap I was talking to from the Guardia Civil who lives here, he says there are a few wronguns around so be alert.
October 31, 2016, 23:26. » Quote If a conman looked like a conman, he wouldn't make a living. If a conman sounded implausible, he wouldn't make a living. Because you're away from home & relaxed, don't think the whole world is a better place. I love life here, & back in Cornwall, but have to be realistic, there are people all over who look to make from the unwary or naive. Stay alert wherever you are &: enj

For residents of Gran Alacant:

Some local neighbours have given money to total strangers at the front door pretending to be neighbours in distress !
This is v serious they are con men & women & will come back to rob them soon!!
You must all beware in the street that they will try all the houses soon
This happened a few years ago & its disappointing that it's happening again
Do you have any contact numbers via the advertiser or e mail ?
The local council must get these people removed from the streets of GA asap
I have sent a message to other residents to phone the police immediately
We hope you can all act to make sure they are taken off the streets by the local police because they will be back now somebody has given then money especially in the winter months when the streets are quiet. 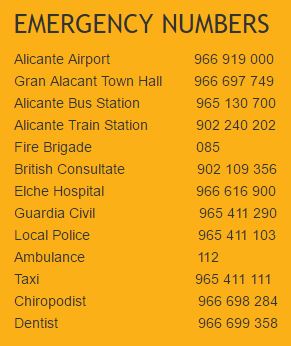